I am not 100% sure on the year for this one. He could have been plus or minus a year. I do remember the hunt very clearly though. 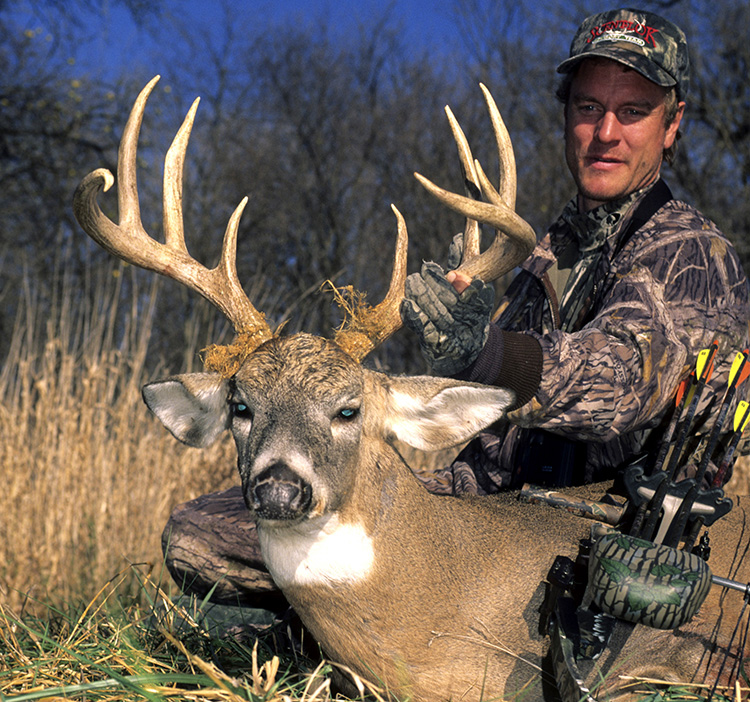 This buck was young and his antlers looked big compared to his small body.

When I first saw him the buck was working a scrape next to what, at that time, was my favorite stand.  You can look at the spot on the aerial photo and immediately see this is a natural killing stand – a perfect 30 yard wide funnel connecting a huge block of cover with a quarter-mile long, wide finger extending out into the farm fields.

For most of the year, there wasn’t much sign here, but during the rut a beaten down trail followed the east side and the very center of the brushy finger in the area of the stand. My stand was just inside the timber (right on the east edge, actually) so my scent blew over the heads of any bucks traveling on the downwind side.

Bucks used that finger for convenience and cover as they traveled to and from the fields and the smaller blocks of timber nearby in search of does.  Up to that time, this was the best stand I had ever hunted.  Still in the top five or six, for sure.

I didn’t take time to study the buck.  He was already working the scrape 20 yards away in the middle of the finger of finger before I noticed him.  The day was windy so I didn’t hear his approach, and for some reason, I didn’t see him sooner.

This one fooled me. He was young and had a small body. Compared to his body, his antlers looked big.  Excited by the fact he was standing right there, ripping up the ground like an angry bull, I quickly drew and made the shot count. 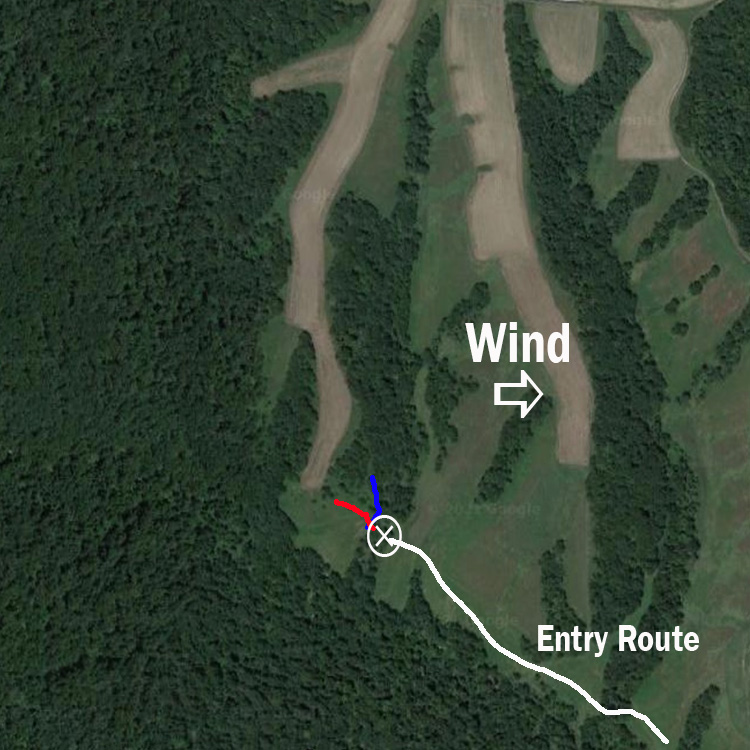 This stand is a classic rut funnel connecting a big block of timber with smaller blocks and open fields. Bucks cruised this draw heavily during the rut and the stand overlooked the narrowest point.

After only a short death run he was down.  When I went to recover him just a few minutes later, I was in for a big surprise (or should I say a “small” surprise). I was proud of him, but his antlers were much smaller than I had thought.

First is the value of these funnels during the rut. If you look at the aerial photo, you can see another great funnel in the draw to the east. I used to hunt that one too.  During the rut, funnels are a bowhunter’s best friend!

The second lesson I learned (or relearned) was related to judging bucks before shooting.  I looked only at his antlers and was fooled. In most settings, this buck would have been a giant, but that farm was really good and I definitely could have shot a bigger-antlered buck if I had not shot this one.

Misjudging antler size on small-bodied bucks was something that happened to me and my friends regularly back then. We didn’t study their bodies before shooting.

We didn’t really have a good idea how to age them on the hoof and that was before trail cameras – which really help in tracking and aging bucks.

So we were basically just shooting them based on antler size, not age.  With small-bodied bucks, that method often back-fired.

I was proud of him, don’t get me wrong, but it was a big shock when I recovered him and found a small body and correspondingly small rack.  That buck was young and was a few years away from being a real giant.