This is one of the few bucks over the years that gave me two shots during the same encounter. 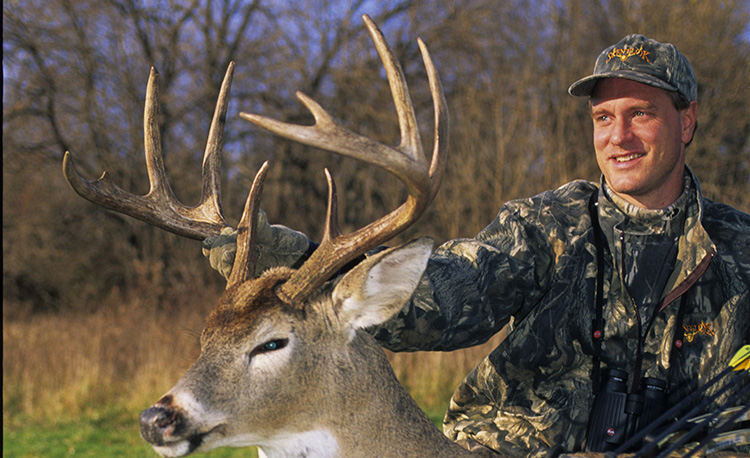 I shot this buck on a morning hunt in early November from a stand deep in a bedding area. The buck actually walked toward me after I missed him with the first shot.

During the 90s, I learned the value of hunting deep in the cover near bedding areas on morning hunts during the rut. That’s where this hunt takes place.

This stand is on a ridge near the end, in the part of the ridge that I call the point.  The point is the spot where a ridge abruptly comes to an end and that is the spot where deer bed most heavily. I assume it is because they can see anything below them in a wide arc and they can smell anything (with the right wind) that is behind them.

As a result, these are great spots for morning hunts especially during the rut when bucks not only bed in these areas, but cruise through them regularly looking for does.

The trick is always to get in there without being detected – the same challenge you face with any stand. To accomplish this, I parked well to the northwest of the stand and walked the valley all the way to a spot directly below the stand.  Then I just climbed straight up the ridge to the base of the tree.

In fact, to make the approach even more bulletproof, I actually walked in the ditch itself along the bottom of the valley. In agricultural country, the runoff that follows these valleys will cut through the soil and create a ditch the length of the valley. With a little work, you can clean out these ditches and have a great way to sneak in and out of your hunting area.

One time, when I was hunting this stand, I was heading back to my truck, going up the ditch.  When I finally popped out of the ditch at the very head, I was shocked to see three deer bedded less than 10 yards away.  They had no idea I was there until I actually stuck my head over the bank right in front of them. 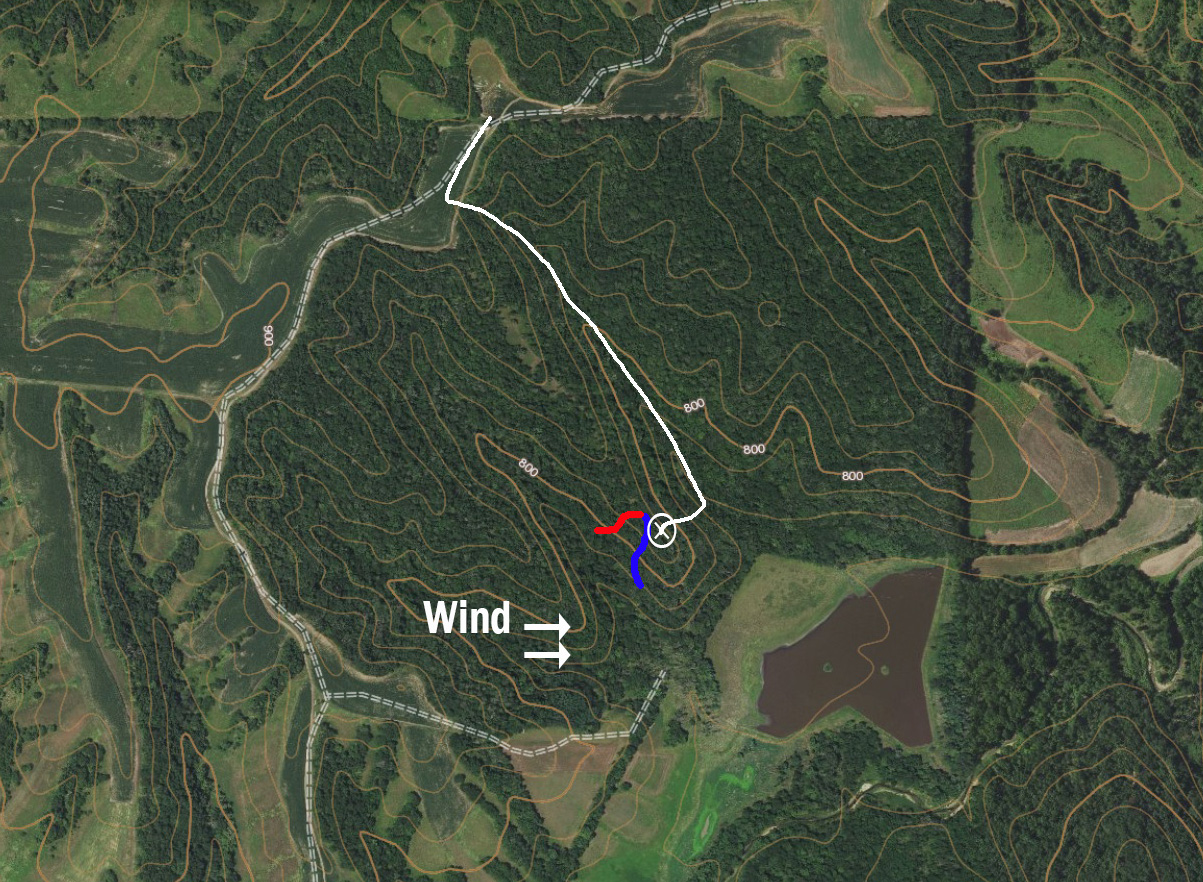 The route I took to get to the stand was a long one that followed a ditch from the very top of the draw all the way to the end of the ridge where my stand was located. The route was probably about 1/4 mile long and using the ditch kept me out of sight almost the entire way.

That shows how useful these low profile ditch routes can be when sneaking in and out of your hunting area.

Back to the actual hunt.  I saw this buck working his way up the ridge from the south toward my stand. When he got within 30 yards and started to turn to head toward the west, I made a sort of bleat to get him to stop. It was pretty windy so I had to bleat loudly.

He stopped and looked but wasn’t really made alert by the sound. I think he was completely relaxed while standing that deep in the cover and wasn’t thinking about danger at all. I remember shooting just under him. I don’t know if I aimed low expecting him to duck at the sound of the shot or just misjudged the distance – probably the latter.  Either way, I missed him low.

The buck never even noticed the shot. The bow I was shooting that year was really quiet.

The buck turned, as if reacting to the bleat call and started walking toward me until he was 15 yards away, staring off over the ridge top toward the north.

He must have thought the bleat came from there.  Normally, they are really good at pinpointing the source of sounds, but the wind must have thrown him off.

I didn’t miss him with the second shot and he ran only a few yards before falling.

The most obvious lesson is the value of a quiet bow.  Unfortunately, it is hard – under most conditions – to get a bow quiet enough that a deer within bow range doesn’t hear it.  The 30 yards that separated us, and the wind noise in the early November leaves, were enough to muffle the sound of the shot this time.

Second, bedding areas that you can access through ditches (or other low profile routes) are killer spots for morning hunts during the rut.