I killed a few bucks over the years that were what you might call generic – kind of vanilla.  They had nice, but not great antlers. The hunts were fun, but not overly memorable.  I guess not every buck we shoot has an epic story behind it. This is one of those that kind of slipped through the cracks.

I killed this buck with a clean heart shot that brought him to ground after on a short 15 yard run. He died right at the base of my tree.

I was once again hunting the large property that I bought part ownership of in 1995.  This was my third season hunting there and the property is defined by its large blocks of timber; something that is fairly rare in Iowa.

There are some large timberlands in Iowa, but not many because most habitat is made up of small patches of timbered draws and wood lots interspersed with ag fields.

In southern Iowa, where I shot this buck, the large timber is found almost entirely along creek and river drainages where the terrain is steep enough that farmers aren’t able to till it and cattle find little in the way of value when grazing it.

Thus, the historical land use for this kind of terrain has been simply to leave it alone.  So with several creek drainages and long draws, this property had more than its share of cover.

My progression as a bowhunter was still in its formative years. I was a bit intimidated and confused by the larger timbered tracts. I wasn’t sure exactly how to hunt them.

It was pretty easy for me, however, to envision how the deer used the smaller, long fingers of cover that extended out from those large blocks.

The deer used the fingers in a very predictable way. In some cases, they actually bedded in them, but during the rut the bucks used these fingers as travel routes as they made their rounds checking for does.  Rather than walk across open fields, they walked along, or inside, these fingers.

I had already killed two nice bucks from this kind of cover in 1995 and 1996 on this farm.  Now 1997 brings a very similar pattern, just on a different part of the farm.

It was a morning hunt and I was hoping to catch a buck coming back from the fields heading toward the big timber.  There was a very heavy trail here where the deer came down the long wooded finger and jumped an east/west fence at a low spot that was just south of the stand.

There may have even been an open gate there, if my memory serves me. But either way, it was a major fence gap and the deer piled through it. 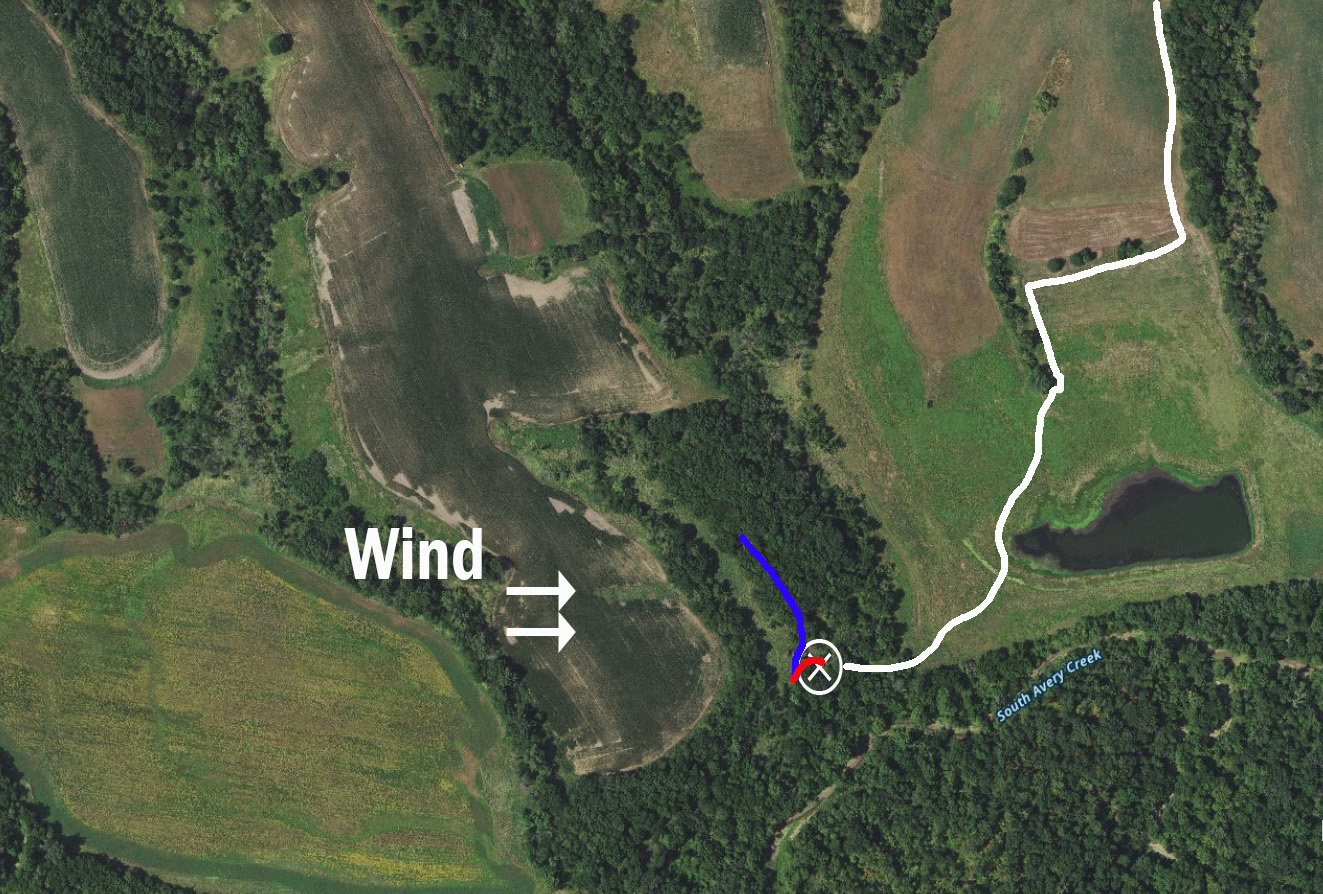 There was a heavy trail down the middle of this long finger of trees that passed 15 yards on the west side of my stand then went through a gate opening in a fence jus to the south. Open gates are always killer stand sites and this one was made doubly good because it was part of the travel route dictated by the longer finger of timber. Bucks use structure like this when traveling during the rut.

The buck came down the trail like he was supposed to and walked right past the stand on the west side for a 15 yard shot. It was my first hunt in this spot and the buck did exactly what I hoped he would.

The shot was good, right through the heart, and the buck reacted by making a very small half circle and then crashing right at the base of the tree. I remember being shocked at how quickly he went down.

He actually fell touching the tree. I had to step over him when climbed from my bottom tree step onto the ground.

This hunt didn’t really teach anything new, but it did reinforce how consistent these long brushy fingers can be during the rut.  Bucks are attracted to them like lightning to a flag pole.

I also learned once again, just how lethal a well placed arrow can be. The kill was dramatic and very sudden.  The buck was down and dead within a few seconds.