Dream Farm P7: Putting it all Together

The six-year saga of building my dream farm, along with the several properties Larry Kendall and I bought and sold during that time, taught many lessons.

Rather than try to go through them all here, I will likely come back over the next few months with additional land blogs that detail various aspects of buying, improving and sometimes even selling property.

However, the main lesson I learned was the power of a vision and the overpowering momentum that comes from wanting something badly enough.

Ever since I was a kid I loved to fish and hunt.  The thing I loved most about hunting and fishing was not the killing and the catching; it was really the places that these pursuits took me.

The activity is just an excuse to become a part of the natural scheme, to immerse yourself in God’s great creation as a participant and not just a spectator.

Some people can be very happy just to look at a beautiful valley, I feel an overwhelming need to explore it, to fish it or hunt it – to be a participant.

So, owning land has always been a dream of mine since a very young age and when the chance finally came to realize that dream, I was all in.

I look back at some of the effort that went into putting that farm together and two things stand out. 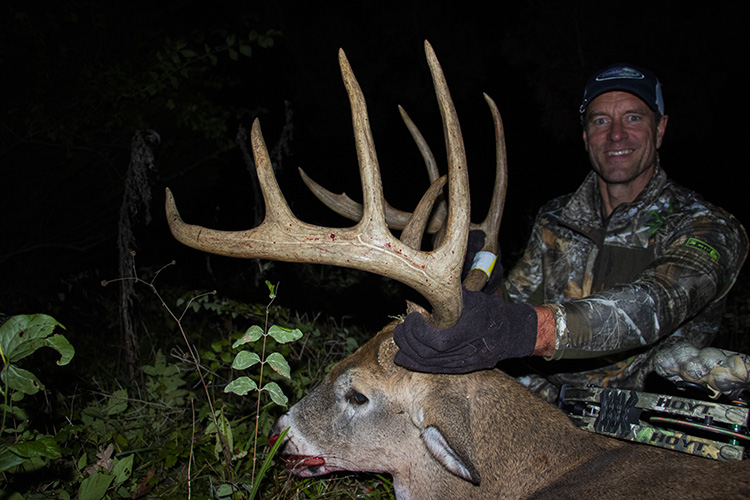 Man, I killed some awesome deer on that farm over the years. This one was from October 23, 2019. What a blessing to be able to hunt such a place!

First, much of this was new to me, but I never paid any attention to my comfort.

I saw the vision and the opportunities, and I moved – casting doubt and fear aside. I never thought once whether or not I could pull it off. I just knew I had to.

Second, I saw the hand of God at work. I remember several times stating to Rich or Larry (who both watched the process from the start) that if God wanted me to have a certain piece of land, the people who owned it can’t stop it from happening and if God didn’t want me to have it, I didn’t want it.

That gave me peace and a sense of direction as I approached my neighbors and sought to buy great properties outside my neighborhood.

When you look at all the things that had to come together for this dream to occur you have to be overcome, as I was, with the unlikelihood that this was all my chance.

Even our starting point on the original 125 acres was a piece of land that I once tried to buy years earlier when living on the big partnership farm.

That deal fell through way back in 1997 and when I came back from Michigan to look for a home in Iowa in 2002, I was shocked when one of the neighbors drove me down that same drive way.

There sat the house that Larry Kendall and his wife had built right where I had showed my wife several years earlier that I would love to build. 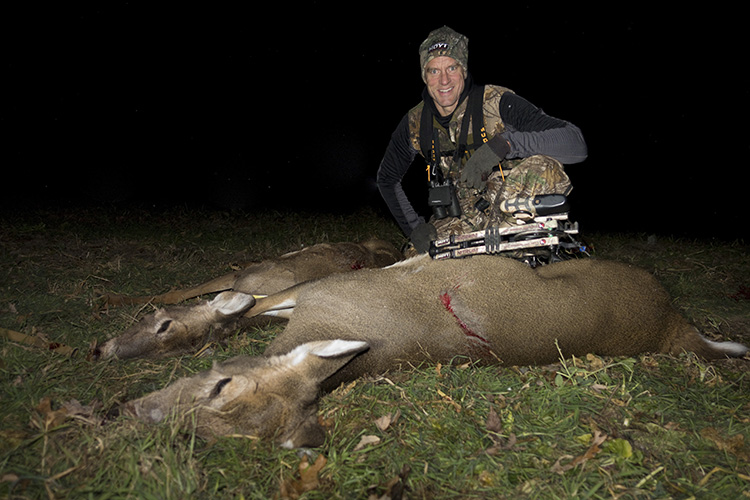 My friends, neighbors and I shot a lot of does during the early years of owning the farm. That effort flipped the buck to doe ratio and made the place a zoo during the rut. There is a time and place for shooting lots of does, it is not for every property or every situation, but it improved the hunting dramatically on this farm during the 2000s.

Pam joined me on the next trip, and we ate pizza with the Kendalls at their house and before the night was over we had bought their farm!

Chance? I can’t believe it.  It is not possible for this entire 1,000-acre property to come together from start to finish like this without God’s hand at work.

So, I always felt that the farm belonged to God and I was just the caretaker. That mindset certainly affected what we ended up doing with it 18 years later!

During the years that I owned that farm I watched it go from pretty good to unbelievable, to poor and then back to pretty good again.  The ebbs and flows were dictated almost 100% by three major forces. 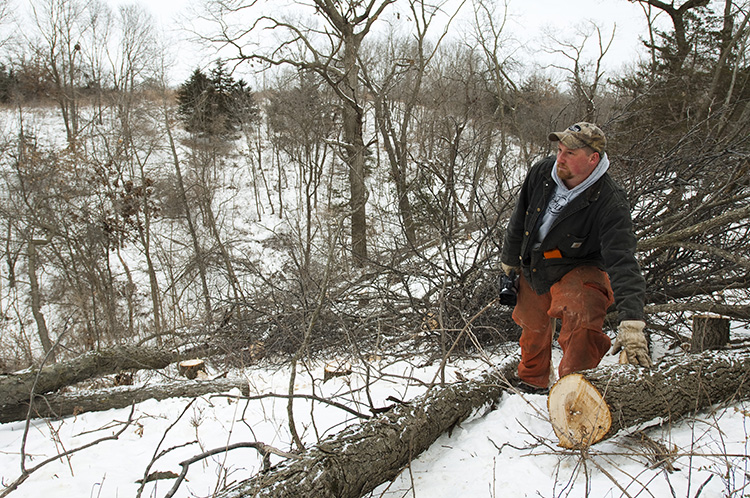 One of the factors that I think really impacted the ability of the farm to grow and hold mature bucks was the habitat. I hired a crew to cut out all the junk trees on the entire farm resulting in a very thick jungle of browse that provided both security and food.

The first was my aggressive campaign to reduce doe numbers and bring the herd growth into check.  That created a property, and a neighborhood, where there were more bucks than does.  It was an amazing place to be during the rut.

The 2011 season was the most unbelievable I have ever seen anywhere. On the farm that year we had at least 11 bucks on camera that would score over 170 inches and some of them were way over that number.

The second force that created utopia was an aggressive timber stand improvement effort whereby the crew I hired removed most of the junk timber from 800 timbered acres.

That created thick cover and tons and tons of browse at a time when the deer numbers were slowly dropping due to the aggressive doe harvest.  The result was a very well fed deer herd! 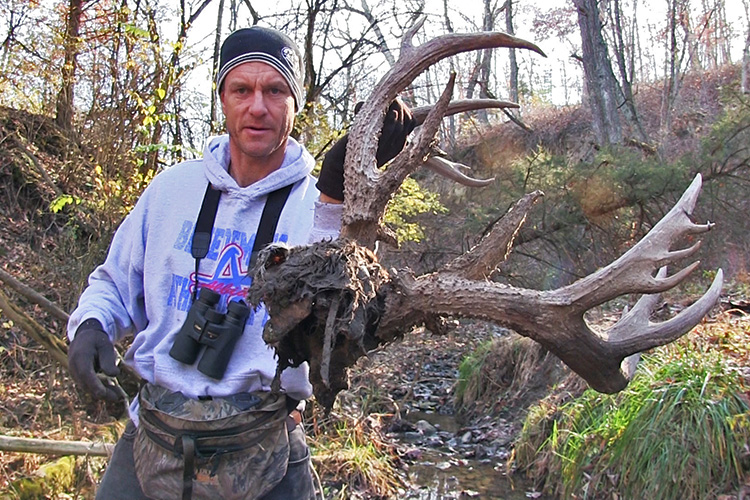 One of the biggest bucks ever to reach maturity on the farm died in September of 2012 as a bad case of EHD hammered the farm.

The final force dictating the ebbs and flows of the farm was the one I couldn’t control, unfortunately.

The worst possible case of EHD hammered the farm in 2012 that wiped out 70+% of the herd and almost all the bucks.  Obviously, it took years to recover, but is now back on the right path to see consistent improvement as buck numbers again are at a good level.

Believe it or not, after all the blood and sweat it took to put this farm together, I sold it in late July of 2020.

As I said, I always considered the place to be a gift from God – His farm.  I was only the caretaker.

He put all those pieces together, I was just along for the wild ride.

So, when I felt there was a greater purpose in selling it, I was fine with pulling the trigger.

My wife, Pam, and I knew that someday we would have to move to be closer to our aging parents.

My mom and dad live in NE Iowa, more than four hours from the farm, and Pam’s mom lives in Michigan, nearly eight hours away.

So, when a realtor (Nick Skinner with the Iowa Land Company) called and said he had a client interested in buying our farm if we were willing to sell it, I told him to come on over and take a look. I thought it might be possible.

We didn’t necessarily have to sell the land in order to move.  I could have kept hunting there.  But I knew that if I kept the farm I would be spending all my free time on it.

It would be much better to sell it and do a tax exchange and replace it with land in NE Iowa closer to mom and dad – maybe even a farm I had hunted as a kid! That vision of the bluff lands of my boyhood sealed the deal. 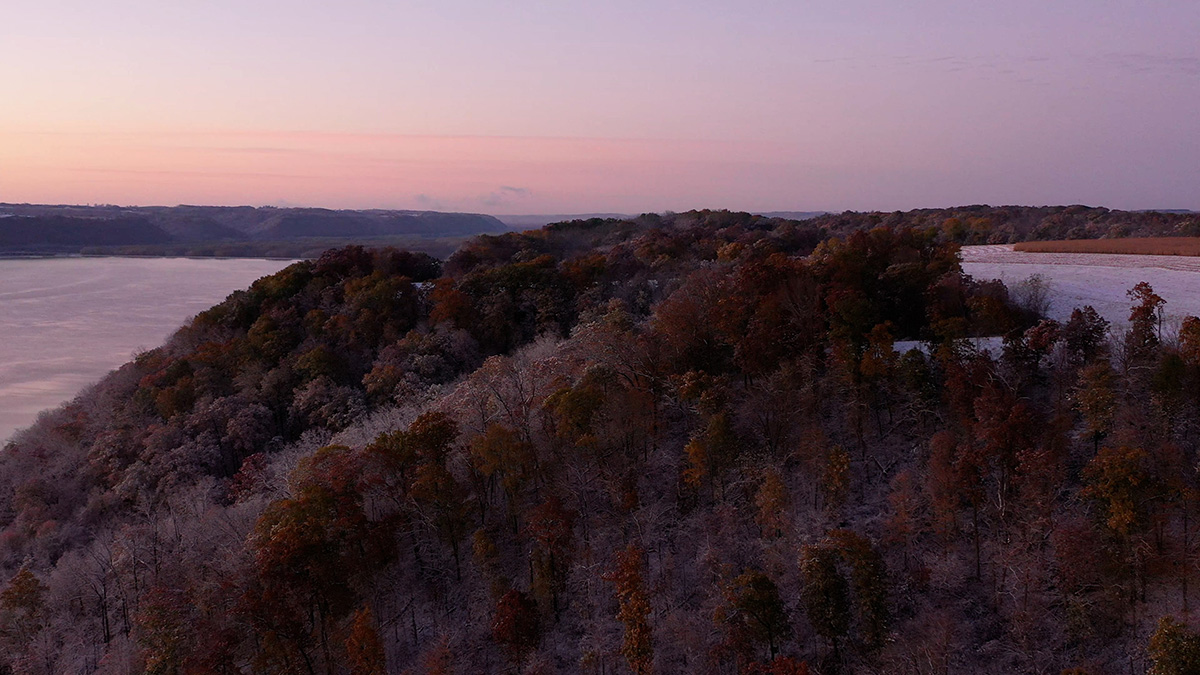 This is the new dream! We didn’t necessarily have to sell the farm in order to move closer to our parents, but the idea was to replace it with land in the bluff country of NE Iowa – near my parents – so that I could spend more time with them while hunting and managing the farm. Unfortunately, I have still not found anything to buy.

If I bought something in my old stomping ground, I would be near my parents while hunting, doing land management chores and just hanging out on the property.

That would dramatically increase the time we could spend together. Plus, I just love that country where I grew up, it is in my blood.

The fellow that Nick Skinner brought looked at our farm for only a few hours and left without an offer or much feedback.

He had some other options he needed to look at first.  It ended up taking a few weeks before I heard from Nick again.  The potential buyer would like to take another look.

They were there a few days later and after looking at the farm one more time, made an offer close to asking price.

I wasn’t trying to be greedy, I priced it at roughly 10% over the market price for that area at that time.

Jeff was really good to work with and even gave me an extra six months before the scheduled closing to help me more easily find a replacement farm in NE Iowa.

By the way, Nick did a really good job of working through the process of being a dual agent and handling both sides of the transaction very professionally.

You can see the presentation Nick did of the property after the fact.  It was never actually listed.  After looking at Nick’s presentation, I started to get out my checkbook to buy it back!  He did a really nice job.

Even though I am fourth generation on both sides of my family in the area where I grew up, I was not able to find a good farm to buy.

I spread the word far and wide and even contacted specific landowners directly asking if they would consider selling.

I had a couple of really nice properties that I thought would fall my way, but in the end the landowners decided not to sell.

As I approached the closing of the farm we were selling, I had to give up on the hunting land dream and identify some commercial real estate for my 1031 tax exchange or pay a high capital gains tax.

Assuming I eventually find a good property close to my parents, I can borrow the money to buy it and use the income from the commercial real estate to make the payments.

So, phase two of the dream is not dead but it is just on hold.

That is how I put together one of the best whitetail farms in the country.  The entire project was a massive lesson in how to Dream Big and assemble something special.

I never thought it would also be a story about how and why I eventually sold it.  Maybe someday I will come back with the sequel, detailing how I found my second dream farm in my old stomping grounds.

Look for more Land Blogs right here at BillWinke.com as I dig into many topics related to purchasing, managing and sometimes selling hunting land.