I try to learn something every season that will make me a better deer hunter.  Because my strategy was so unique this past season, I learned more in 2021 than during any year I can remember.

As I detailed in my recent three part series discussing the season, I spent a lot of time hunting in bedding areas – even sleeping near my stands to avoid bumping deer.  I have hunted bedding areas often over the years, but always in the mornings.  This past season, I also hunted them in the afternoons.  I did this because the buck I was hunting wasn’t making it to the feeding areas in daylight.

Next, I am going to detail each of the four main lessons. 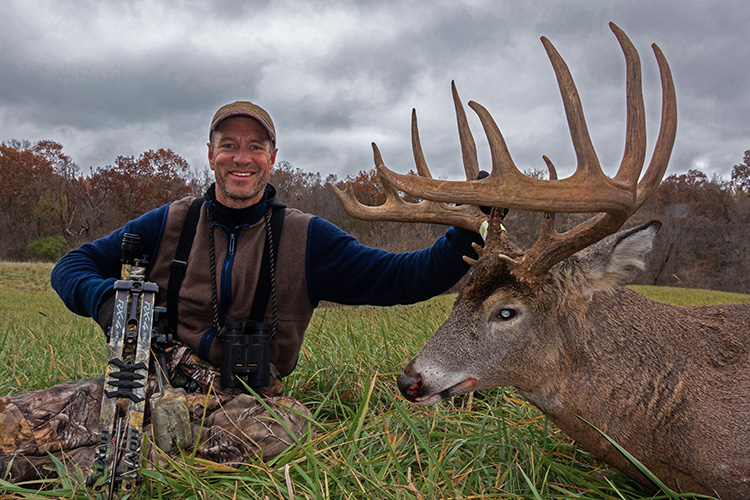 I killed this buck in a bedding area on an afternoon hunt. In fact, he was bedded only 100 yards away when I snuck in to my stand that afternoon. In years past, I would not have even considered hunting bedding areas in the evening for fear of bumping deer. I learned it is much easier to get away with this kind of hunting than I expected. Now it will become a much more common strategy for me. It worked much better than I expected.

LESSON # 1: BEDDING AREAS ARE GREAT SPOTS FOR AN AFTERNOON HUNT

I always felt that bedding areas were only for morning hunts. I thought it would be too tough to get to stands in these areas during the day, for afternoon hunts, after the deer had bedded down nearby. 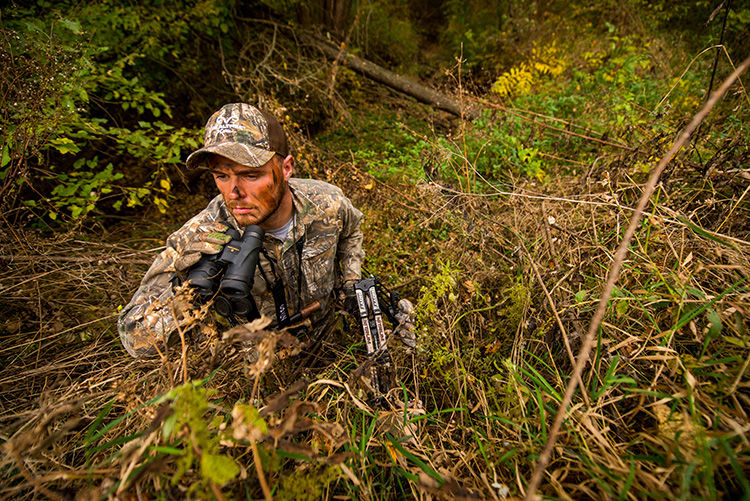 You can sneak past bedded deer if you walk slowly and glass ahead. Deer are more relaxed when bedded than I had expected.

LESSON # 2: YOU CAN SNEAK PAST BEDDED DEER

Because I was hunting these ridge top bedding areas a lot during the afternoons, I had to enter my stands at midday.  The deer were already bedded, so the only way I could get in clean was to sneak past them.  This worked surprisingly well as long as the wind was blowing. The ideal wind was over about 8 to 10 mph.

The wind rattling the leaves on the trees covered any noise I made walking in; and the swaying of the branches served to blend my movement.  The deer seemed surprisingly mellow – almost docile.

Walking very slow and glassing ahead, I was able to spot, and sneak past, lots of bedded deer. I was also surprised how many times I would sneak in, put up a stand and then a couple hours later have a doe stand up from behind a dead fall 40 yards away where she had been been bedded the whole time. She never knew I was there.

Deer don’t seem quite as alert after they bed as they are just before – especially when the breeze is blowing. It is almost as if they satisfy themselves that everything is safe and then they just crawl into their cocoon.

I even snuck within 50 yards of bedded bucks on two occasions that actually had their heads down sleeping. One of them was a decent buck that slept nearby the entire time I put up my stand.  That was pretty cool.  Bottom-line: they aren’t as wary when they are bedded as I thought they would be.

LESSON # 3: THE ACTION DIES FAST IN THE EVENINGS

There is an upside to this max exodus during the end of the day. Though my hunting area didn’t have it, if you have a great backdoor to sneak out (one that takes you away from the feeding areas), the fact that the deer have already bailed makes it a lot easier to get away undetected at dark. 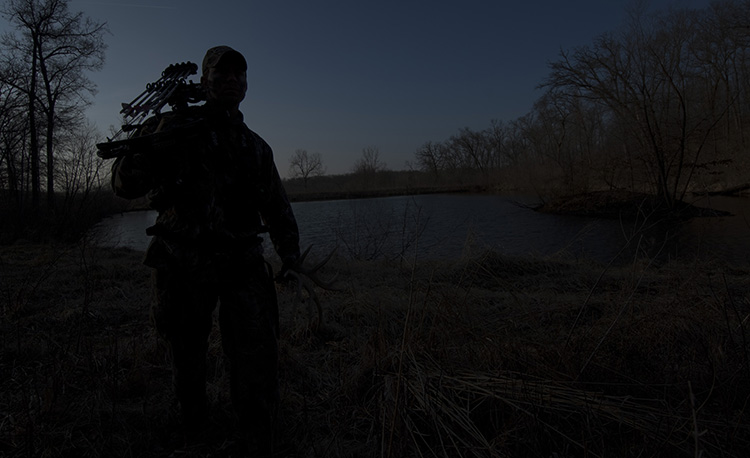 It can be very hard to sneak into a bedding area on a still morning without bumping deer, even if you go in early. Waiting until after first light is one option.

LESSON # 4: THE DEER RETURN TO THEIR BEDDING AREAS ALL THROUGH THE NIGHT

I spent a lot of nights sleeping on the ridges near my stands. I was surprised that even though the deer cleared out of the bedding areas about an hour before dark, they started to filter back during the middle of the night.

I figured that they would stay away until morning, but that is not the case.  A few did, for sure, but the majority of the deer were already back in their bedding areas, or working their way back, well before daylight.

That tells me that it is hard to get ahead of deer in the morning. You have to be there super early to avoid any chance of spooking them on the way in or you have to wait until the day gets going with the songbirds, squirrels and turkeys making enough noise to cover the sound you make.

Just like during midday, the best conditions for sneaking into a bedding area in the predawn occur when the wind is blowing enough to cover your noise.  Just realize that you normally aren’t going to beat them there so you have to sneak past them.  You can’t do that on super still mornings without a distraction.

I found this to be true even when I was only sneaking 30 yards from my “camp” to my tree when sleeping on the ground nearby. On still mornings, I alerted a few deer even when only covering that short distance.  I learned that it was much better just to stay in my bag until daylight, until I started to hear the first squirrels out crunching around, and then unzip, dress and dart quickly to my stand.

The deer were already there and when it was still, they were on red alert listening to every sound. Once the day got going, they seemed to move on and relax a bit.

Going in after gray light has been my morning stand strategy of choice for decades. I almost always wait until I can see the ground clearly before heading to my morning stands – and then I go fast. What I learned this past season won’t change my mind about that.