Mature Bucks – Easier as They Get Older

MATURE BUCKS ARE EASIER AS THEY GET OLDER

Here is something I have learned that might surprise you. I know it surprised me. Thinking back, I am not sure I have ever hunted a buck that didn’t get easier to kill when he got old. By old, I mean 6 years, or more.

Granted, it is rare for most people to have the opportunity to hunt old bucks because the deer get shot when they are younger. If the rest of this doesn’t apply to you, I hope it is at least interesting.

For several seasons, I sent in the incisors from the bucks we have shot on the farm to have them professionally aged. The method is called cementum-annuli testing. The lab technician sections and tooth and counts rings – or something along those lines – to determine the age very accurately.

We aren’t guessing anymore when we say a certain buck is six years old, for example. Interestingly, we have encountered, and killed, some really dumb-acting bucks over the years and all of them ended up being six years old or older.

TWO BUCKS THAT FIT THE MOLD 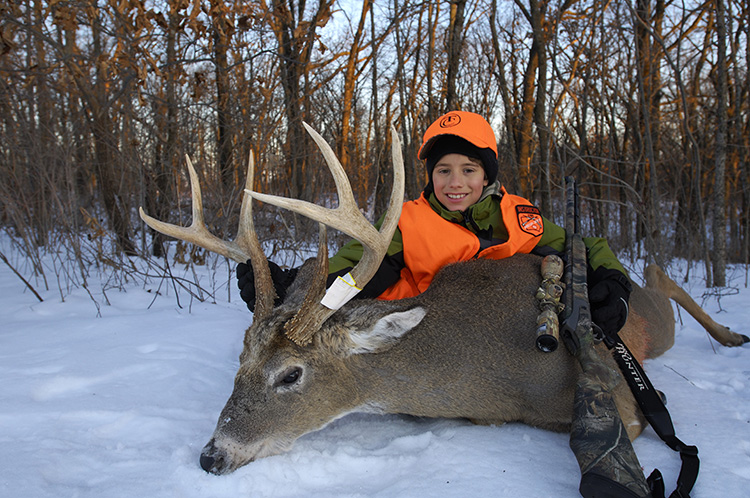 This buck came back as 8 years old when I sent the teeth in for professional aging. He was very visible on both my farm and the neighbor’s. This deer was one of the easiest to kill of all the bucks we have ever taken on the farm.

I remember one buck that came to a food plot during the December shotgun season in the middle of the afternoon.

He walked right past the blind even though the three of us (cameraman, me and my son Drew – the shooter) were bumbling around like the Three Stooges inside, swinging the door open to get the shot, knocking the heater over, dropping a cell phone, getting burned – in general, making a racket.

The buck never even looked our way as he passed at 30 yards. Drew killed him at 40 yards on the other side of the blind after we got our mutual composure back. 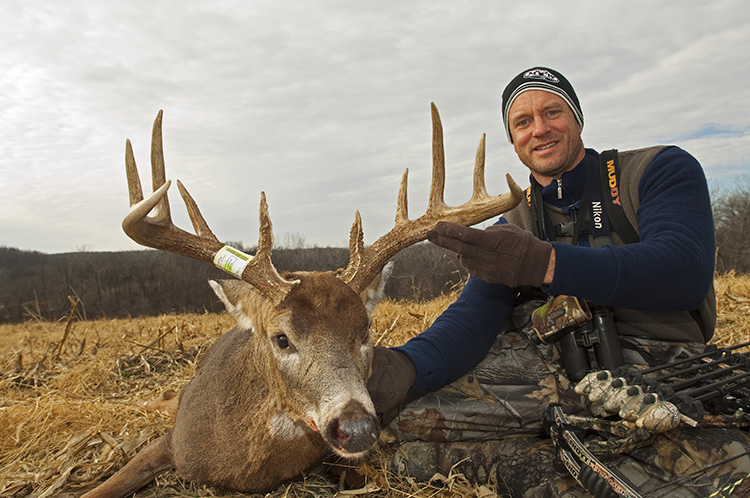 This is the buck we had nicknamed Jamie. Tooth analysis said he was 8 years old. Though I had lots of nighttime photos of the buck on the farm for years, the first year I actually saw him on the hoof was the year I shot him. I saw him three times within a ten day period in spots separated by a half mile. He definitely got easier to kill when he got old!

The buck was strictly nocturnal from all the photos we had of him in 2008 and 2009 but in 2010, he was quite the opposite. I finally killed the old buck on November 22, 2010 just 150 yards from the house – the third time I had seen him that season and the second time within bow range. He was also eight years old.

Neither of these old bucks were particularly big-antlered, but both were prized trophies because they were ancient. Their age made them trophies. But more to the point, their age also made them senile – or maybe complacent – possibly comfortable. I am not sure which of these apply – maybe all of them. It is just important that whatever causes this behavior change is real and it gives us some hope.

I could tell you many more stories like this – bucks we hunted for years that were ghosts for most of their lives then suddenly became the most visible deer on the farm when they got past age six.

One such buck was the giant I killed in 2012 that I called Double G4.  That buck was 7 years old when I shot him, but he had already become the most visible buck on the farm the year before, I just messed up and made a bad shot that year.

So, don’t give up on the buck you after just because he seems to be totally nocturnal now. If he lives long enough, you may find that he becomes one of the easiest bucks in the area to finally kill.  It is an amazing behavior trait, but one I really like!