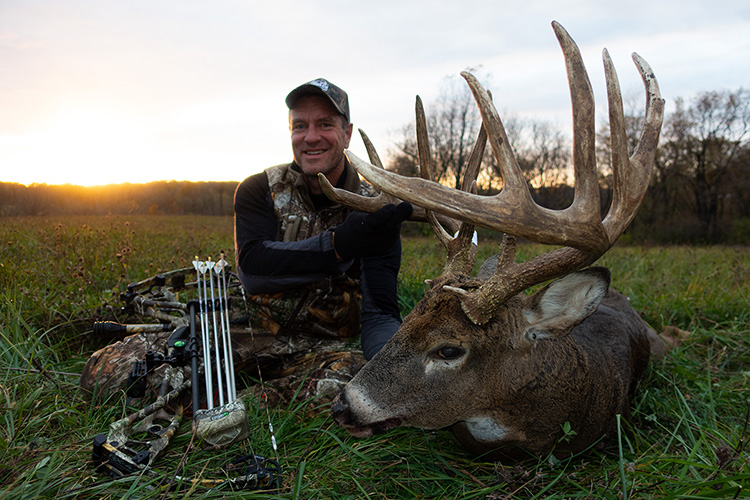 2020 was a strange year in many ways.  For me, it was not just the way our country reacted to the coronavirus that sent me into a tailspin, it was also the fact that I sold my farm during the summer.  It was something that happened pretty fast. My wife, Pam, and I knew that we would have to move sooner or later as both our parents are aging and we lived too far from them to see them as often as we should (and wanted).

Someone came along that wanted to buy the farm and like the old saying goes, the best time to sell is when you have a buyer. I expected to be able to replace the farm with something near my Mom and Dad, where I grew up.  But, it turned out that none of the people who I thought would sell to me actually did. 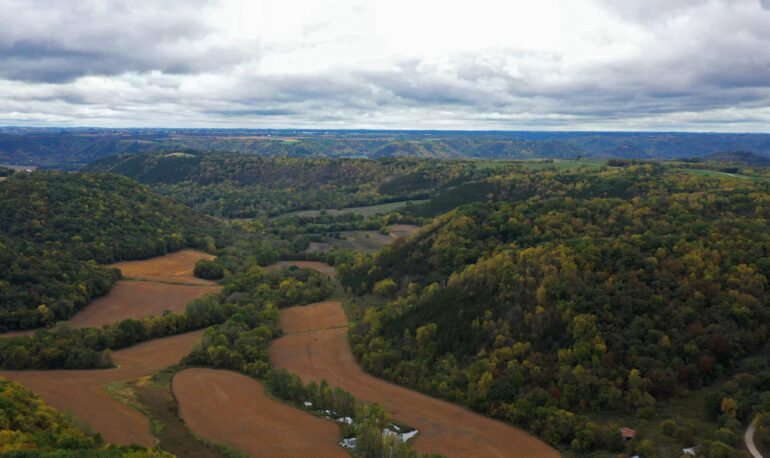 This is the area I was hunting last season. It is gorgeous country. I shot the buck on the first ridge on the right side of the photo.

So, I entered the 2020 season without my own hunting land for the first time since 1995.  For the past 25 years, I had hunted land I owned and managed.  There is something special about hunting your own land that I will never feel when hunting any other properties.  I am not sure what it is, but I believe it just a heightened intimacy you have with the land when you own it.

I did have a good area to hunt. In fact, it was a neighborhood I had hunted often when I was “just a boy” some 30 years ago growing up in this area.  So I knew the general lay of the land and what to expect from deer movement.  It is not like I went in blind.  The biggest difference between 2020 and 1990 was the sheer number of deer and the size.

When I was a boy, a 140 inch buck was a real trophy and you didn’t see many of them.  After running trail cameras on the spot I was going to hunt in 2020, I was surprised to find at least 15 bucks that size or bigger. The biggest was a really nice main-frame 10-pointer with some sticker points. 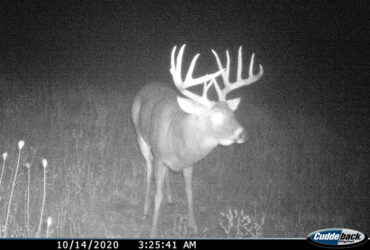 The buck was entirely nocturnal on my trail cameras that were placed down in the large valley, indicating that he was not getting to the fields until after dark. So I started to hunt him in the area where I guessed he was bedding.

Unfortunately, the buck was totally nocturnal on my trail cameras located along the bottom of the valley.  However, he always approached one of the cameras from the same direction each evening so I had a pretty good idea where he was bedding.

I narrowed his bedding area down to the ridge closest to the camera on the right side of the image I included, and possibly a ridge farther toward the camera that is off the  property.

I started hunting the 25th of October – but I started slow. During the first four days, I hunted twice on the ridge where I thought he was bedding and once on the next ridge to the north and once in the valley.  I also hunted across the big valley on one of the larger ridges on that side. I passed up a couple good deer, including a really nice young buck that I hope to see in the seasons to come. 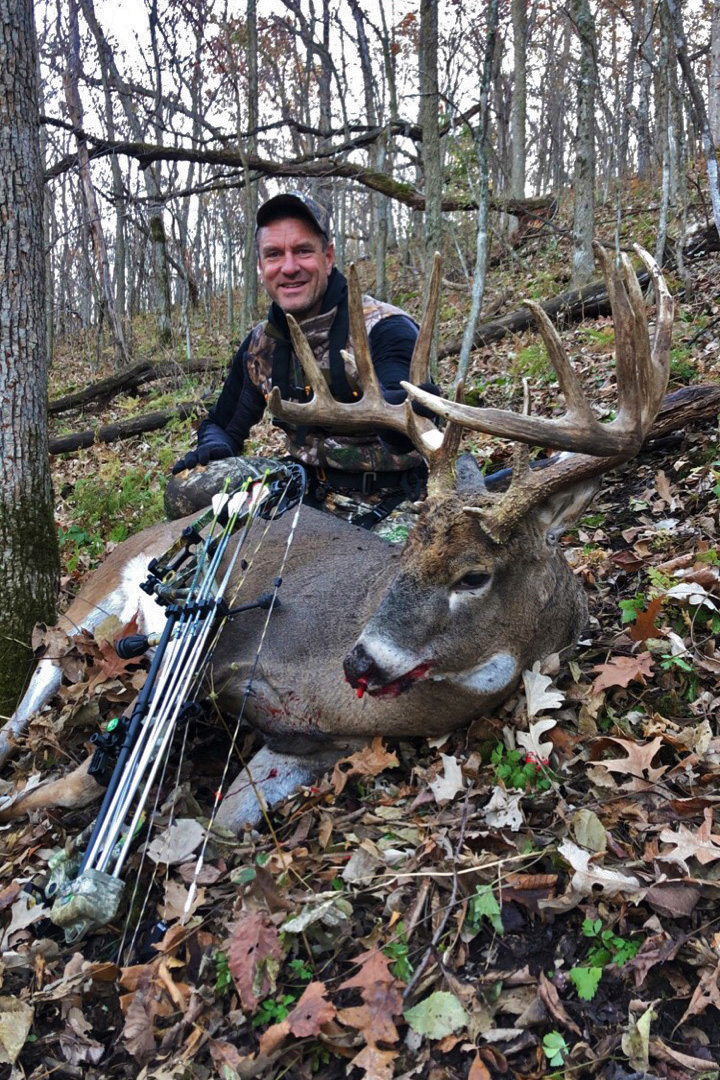 This where the buck fell. The stand was on the ridge above and behind.

I didn’t hunt the morning of the 29th, but that afternoon I carefully made the climb to the top of the southernmost ridge and into my stand. The wind was from the south and that set up well for my stand site on the north side of the ridge top.

More than two hours before the end of legal shooting time I was shocked to see the buck moseying along the ridge, coming from the east, not much more than 30 yards out! It was pretty thick there so I had not seen him sooner.

This is where things got dicey; he was coming more or less straight toward my stand and I was sitting. You never want to get caught sitting and I had to carefully stand up as the buck continued to slowly walk my way.  Finally, I was ready and now he was just 10 yards away, quartering slightly toward me now.

I got the bow back without being seen and settled the pin right on the back edge of his shoulder. The hit was good and he tore down the back side of the ridge toward the valley to the north.  I never heard him fall, but just from the way he ran, I had a good feeling that he wasn’t going far. It was cold (teens for lows) so I just decided to wait until morning to get him.  I actually slept in the open bed of my truck in the valley below the ridge listening for coyotes (which I never heard).

One of the young farmers from the neighborhood helped me get him out the next morning. The buck had run less than 100 yards. 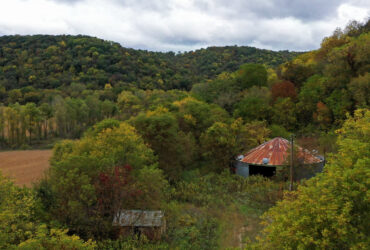 This is the old grain bin that I slept in while hunting the property. Lots of critter noises in there every night!

As a side note, I really don’t believe that I would have hunted the deer this way had there been a cameraman with me.  The tree I picked was plenty big enough but I am pretty sure it would not have hidden two guys, both moving, with a deer walking straight toward us at under 20 yards.

Also, I am not sure any camera man would have enjoyed the accommodations. I placed my tent inside a old run down grain bin and slept right there on the property in the middle of nowhere. It was long on adventure, but very short on comfort!

I was excited to shoot this buck back in my old stomping grounds and look forward to what the future holds in that area.