Heading into this past season, I was the least prepared I had been in many years.  Usually, I run trail cameras from mid-September through about mid-October. By then, I have a pretty good idea where the biggest bucks are living and something about their behavior and patterns that I can hone in on.

But, as I noted in the past two blogs, I spent all of September and the first days of October driving to British Columbia, hanging out in my friend’s sheep camp and then driving back.  Once home, I had some catching up to do around the house and the office, so it wasn’t until October 10 before I could even think about putting cameras out. 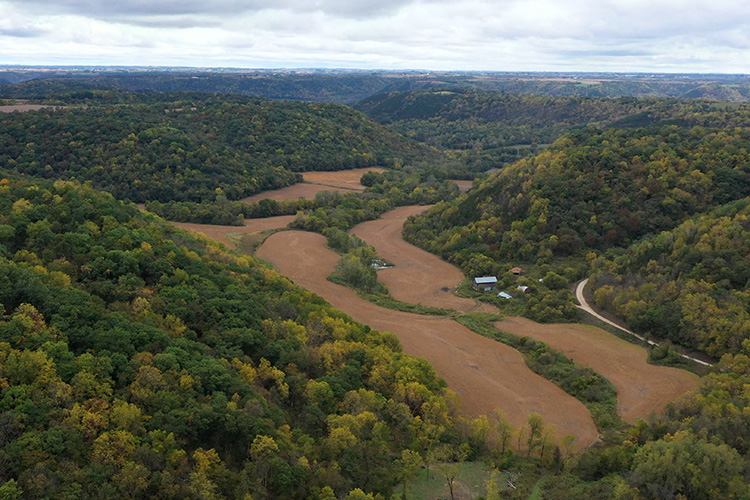 The farm I am hunting now is a big valley. I can hunt the bottom and the ridges, but I have to come into the ridges from below since I don’t have access from the top fields. This makes the farm very hard to hunt not only because I have to climb to get everywhere, but also because I have to travel through the primary feeding area going to and coming from any stands.

Unfortunately, the farm I hunt now is a lease.  It is in an area I hunted as a boy and holds some definite sentimental value for me, and I really love the epic terrain.  But I don’t have any control over what gets planted (or where) nor when it gets harvested.  All the fields on this property are in a big valley with a little creek right down the middle.  I can hunt the valley and the ridges that border it on both sides, but all my access has to come from below (through the fields).

Those fields were planted to corn this year and that corn was still standing through most of October.  I didn’t feel like running my entire camera circuit on foot, and I knew I wasn’t going to get a four wheeler in there with corn planted right to the timber edge.  As a result, I didn’t put out a single camera this year. 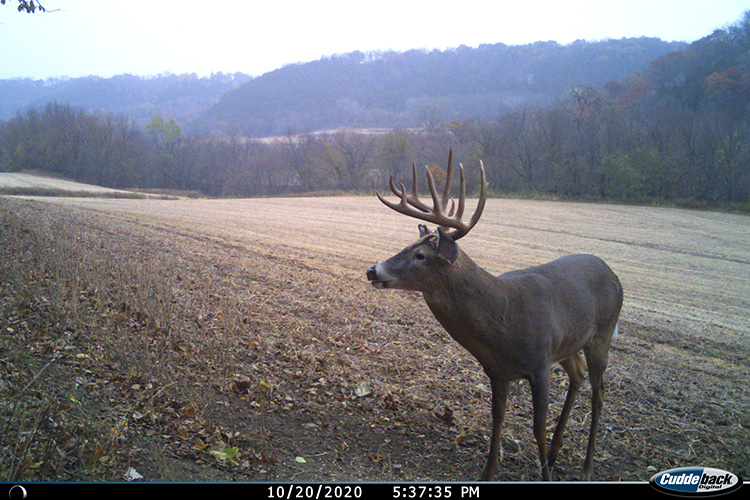 This is a photo from last year (October 2020) of the buck I went into the 2021 season hunting. I had a good idea where he was likely living based on where he spent most of his time the previous fall.

COMING UP WITH A SIMPLE PLAN

But, I was not flying completely blind.  I had a pretty good idea where a potential shooter was living based on photos and sightings from the season before. He was a really nice buck last year (2020) when I passed him up on one of the ridges, so I was hoping he would be even bigger this season. I decided to devote my season to trying to kill that buck.

It was not as much of a long shot as you might think.  That buck had a fairly small and predictable range last year based on dozens of trail cam photos. Also, one of he landowner’s buddies, who gun hunts the farm (I only have bowhunting rights) found a shed from the buck right on the ridge where I passed him up in 2020.

So even though I didn’t have a lot of current information about the buck, what I learned the year before (during the 2020 season) gave me some confidence that I knew where he lived. 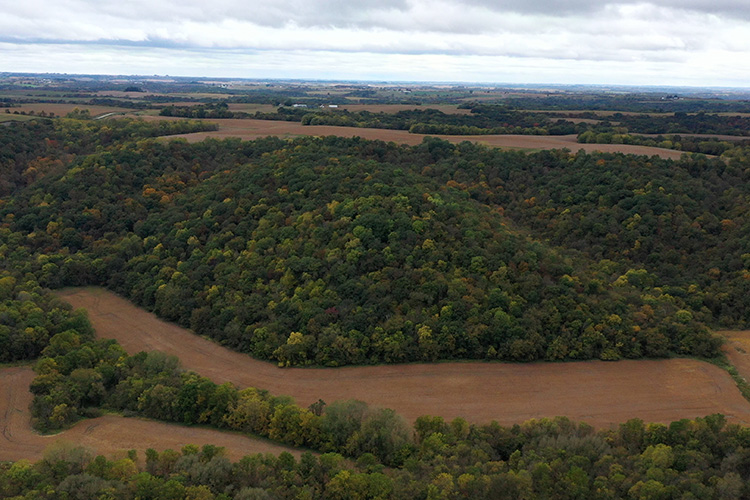 The big ridge in the very center of the image is where I expected the buck to be living. This is where he spent all his time the year before and where one of the landowner’s friends found his shed antler during the winter of 2020/2021. This would be my starting point for the 2021 season.

I decided my best chance for tagging the big 6 X 5 was to focus on the ridge where I believed he was living in 2020.  He was glued to that ridge.  I figured that behavior would carry over into this season (2021).

There was a real problem with hunting that ridge, though; it is in the middle of the farm and to get to it in the morning or to get away from it in the evening, I would have to cross all the bottom fields where the deer would likely be feeding.  This is a secluded area that sees very little human activity.  It’s not like I could just blend in.  Within only a few hunts, every deer in that area would know something was bad wrong.

It was going to be a real challenge. Plus, hunting the bottom fields themselves would be tough because the wind always swirls in these places, giving you very little hope of avoiding detection. 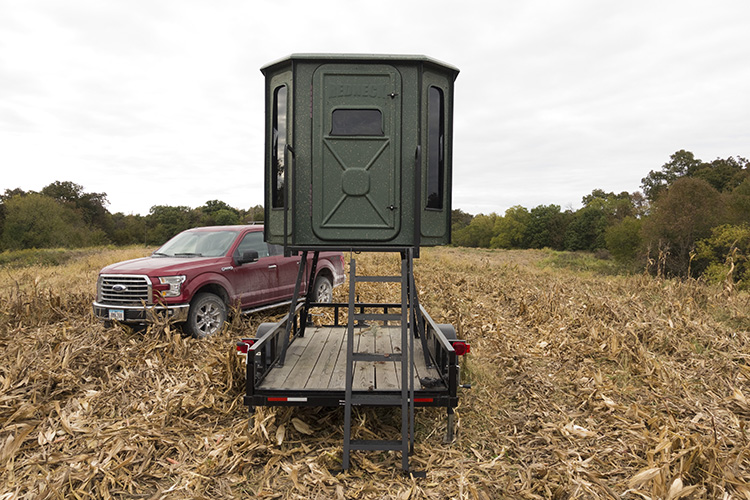 I have been using Redneck Blinds on trailers for several years. I love the convenience and portability, but I also like the fact that I can keep the windows closed and pretty well contain all human odors allowing me to hunt in valleys where the wind swirls without fear of being scented by deer.

My only hope of hunting those bottoms undetected was from blinds.  I have three Redneck Blinds on trailers that I leave on the farm. My first step was to move them into the fields at the base of the ridge where I hoped the buck was living.  I did this only a few days after the farmer picked the corn.  That was about October 22.

I had to borrow a tractor from a neighbor to get them out because the creek crossing was knee deep in mud from the frequent passing of the farmer’s grain cart. No way my truck would make it across there.

I normally start hunting on October 25, most years, unless I have a buck on a daylight pattern – which, of course, I did not. When the 25th arrived I was there to greet the new season.  My plan was to ease into things by focusing on hunting only the Redneck Blinds for the first few days until I got a feel for what the deer were doing on a broad scale before zeroing in on the ridge top itself.

I didn’t want to spook deer from those fields in the evening by leaving the blinds, so I decided it just made the most sense to sleep in them at night. I would hunt the afternoon in the blind, sleep there and then hunt from the blind in the next morning. Switch to a new spot at midday and repeat.

SLEEPING IN MY BLINDS

This plan worked really well. By keeping the windows in the Redneck Blinds closed, I would hold my scent inside while hunting and while sleeping. The blinds are not perfectly airtight, so enough fresh air gets in through the cracks to keep me from suffocating! The windows fog up from condensation on the inside, but I cleared them often by using a squeegee.

It was pretty cool.  Several times I woke up during the middle of the night and looked out to see deer only a few yards from the blind.  They paid no attention to it.

In the afternoons, I would see both does and bucks, but in the mornings it was mostly bucks cruising.  I didn’t see tons of deer on the fields – not nearly as many as I expected – despite the fact that there was plenty of waste grain.

I think that was due to the fact that there were a lot of acorns in the timber this year.  It was kind of strange though to sit there overlooking 40 to 50 acres of picked corn and see only four or five deer all evening.