I hunted a spot very similar to this the previous season. In fact, you can even see the other finger just to the west of the one in which I shot this buck.  I was hunting a new property and without a lot of experience on the ground, I picked the obvious bottlenecks and travel routes that I found while studying aerial photos.

There was sign everywhere on this farm as there were lots of deer, but there weren’t a lot of good bucks compared to the sheer numbers. I homed in on this draw because of some large, shredded rubs I found. 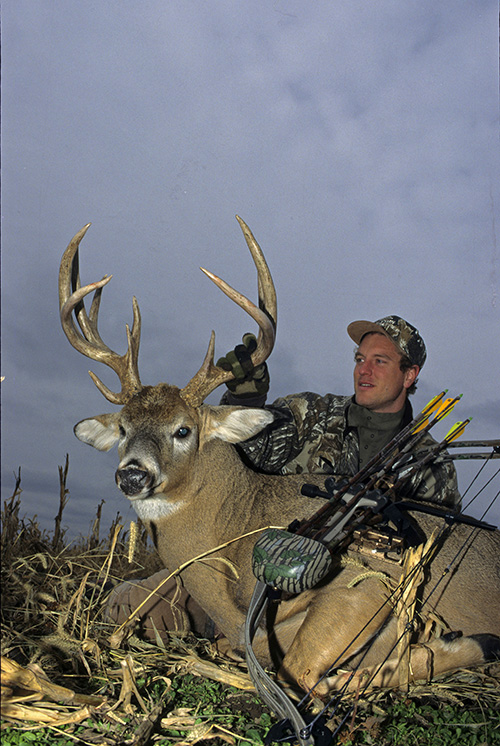 You can see the big sticker point on the base of this buck’s right antler. That point contributed to some very torn up trees in the draw where I was hunting him.

I remember that I bumped several deer when approaching the stand that morning and a doe blew at me for at least 30 straight minutes after I got in the stand.

I almost climbed down and left, but then I got to thinking about all the stuff deer blow at.  I have seen them blow at coyotes, bobcats, noises in the brush, even raccoons and possums. I once watched a doe blow for 30 minutes at a house cat that was hunting in the grass nearby.

The point is, they don’t only blow at people and I assumed that the way they snorted at a coyote was probably not much different from how they snorted at me, so maybe the other deer didn’t know what had that doe so riled up.

As it turned out, I was correct on that, because this buck showed up about an hour after the doe stopped snorting.

As mentioned, I was hunting that draw partly because of the torn up rubs I found along its length. I knew that there had to be a buck in there somewhere with sticker points because the trees had deep gouges in them made by an abnormal point.

After I grunted, he came in to about 20 yards but he swapped ends just as I shot and my arrow hit his femoral artery. He was dead on the ground in about 40 yards.  That femoral artery kills them really fast. 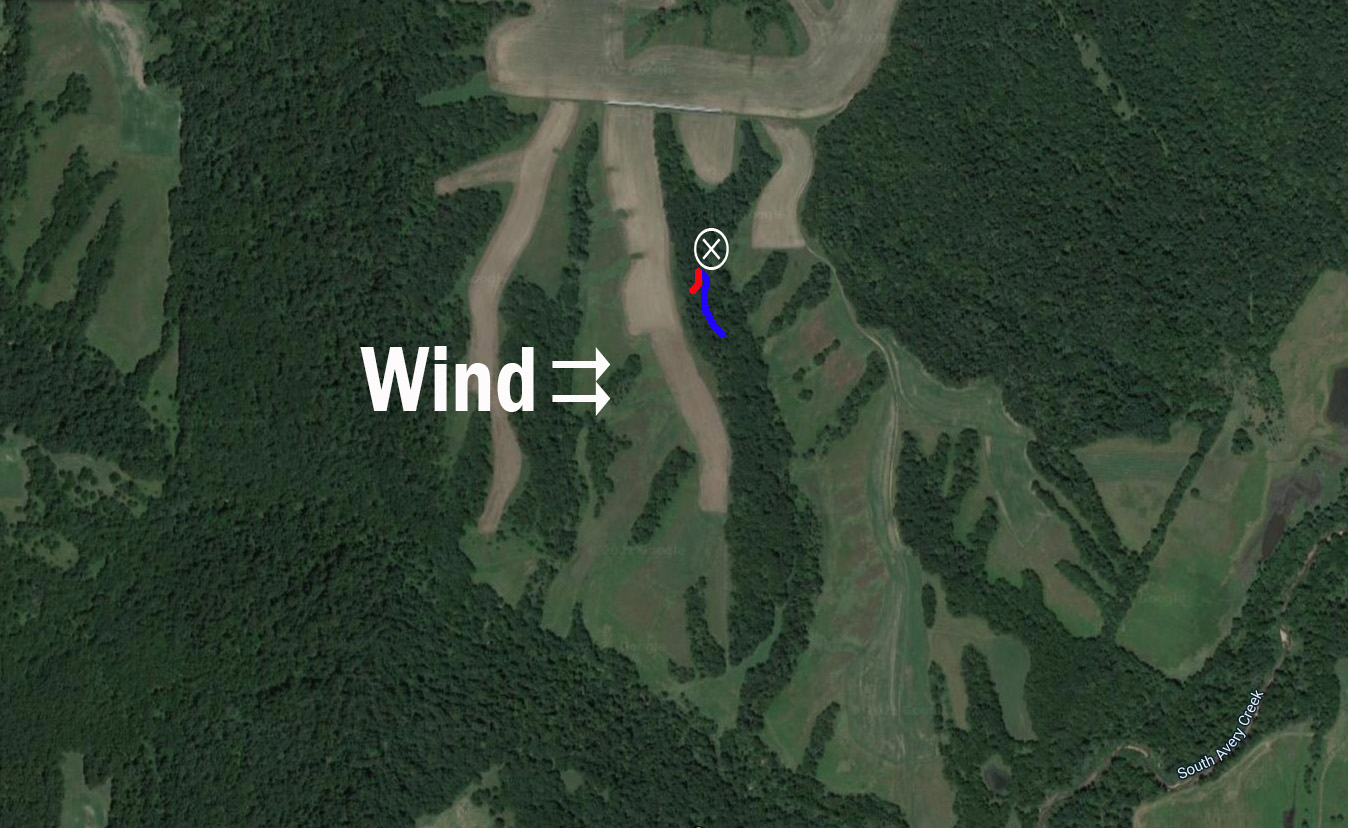 The buck was crashing around to the south, presumably chasing a doe, when I called to him. He came straight in to 20 yards. I have grunted in many of the bucks I have shot over the years.

As mentioned, I learned that deer don’t always associate snorting and blowing with people. So just because a deer blows at you that doesn’t mean your hunt is ruined.

Yes, if they stick around and keep snorting then for sure you are screwed, but once they leave, the other deer seem to forget about it faster than one might expect.

Second lesson: Having a grunt call is the great equalizer. I have grunted in nearly half of all the bucks I have shot over the years.  I don’t blind call.

I wait until a buck I want to shoot is passing out of bow range and then I will grunt at him to try to turn him. If he doesn’t stop to look, chances are he didn’t hear the call.

I will then try to grunt louder and if he still doesn’t react, I try the snort/wheeze, which seems to carry better in the woods, especially on windy days.