How I made it 32 years on this planet and still only had $12,000 to my name might make an interesting story, but that is not today’s topic.  What I did with that $12,000 is the real heart of this seven-part series.  Over the course of 12 more years, I turned that modest nest egg (and some fortunate God-blessed timing) into a 1,000-acre dream farm.

The same steps that I used to create what became known as the Dream Farm will work for you too. 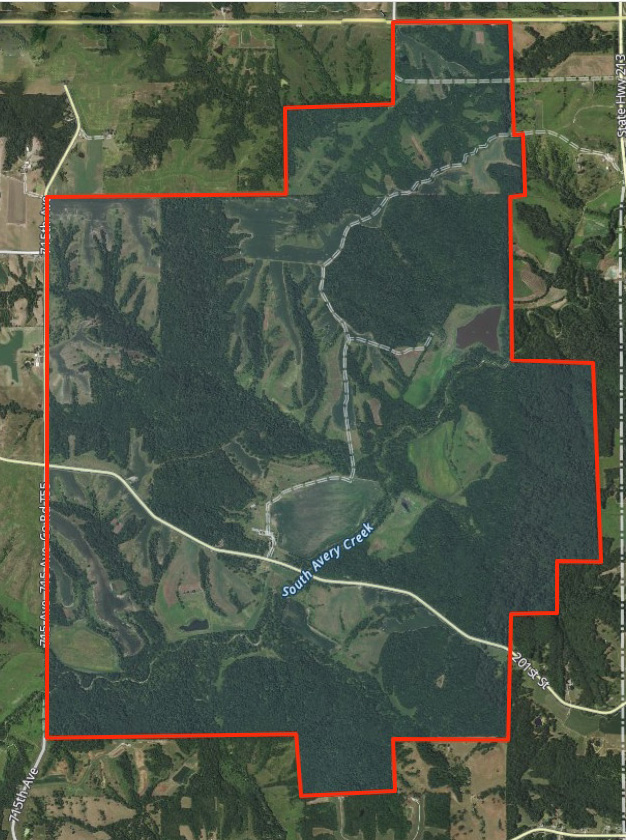 But despite being cheap, there was no way Pam and I were going to swing that amount.  I asked a buddy to split the cost with me.

We first had to get permission from the corporation members to allow both of us equal rights of use – which they granted because they desperately needed the cash that our share purchase represented.

Because banks don’t loan money to purchase shares of corporation stock, I had to take out a personal loan in order to get the bank to finance the deal.  Further, my sister had to co-sign and put up her Ford Explorer as collateral!  All that for a $28,000 loan.  Talk about a humble start!

Owning hunting land had been my dream for many years – and if I had to join a partnership to achieve that dream, so be it.

This is a realistic starting point for many people.  I am guessing that if you go into this land buying process with a couple of like-minded buddies you can pool your resources and purchase a decent bit of ground.

While I don’t love partnerships for land ownership, something I can get into later, you do what you have to do.

Looking back now, I am amazed how committed I was to the goal of owning great hunting land. I lived out the old saying, “Where there’s a will, there’s a way.” All I had was the will (the desire to own land) and not much else.

Even with a humble starting point like this, you can make the land dream happen if you want it badly enough. This path will require real effort and you will have to think creatively at times.

But, and here’s the big but, you have to start somewhere. I chose to start with a partnership because it was all I could afford. 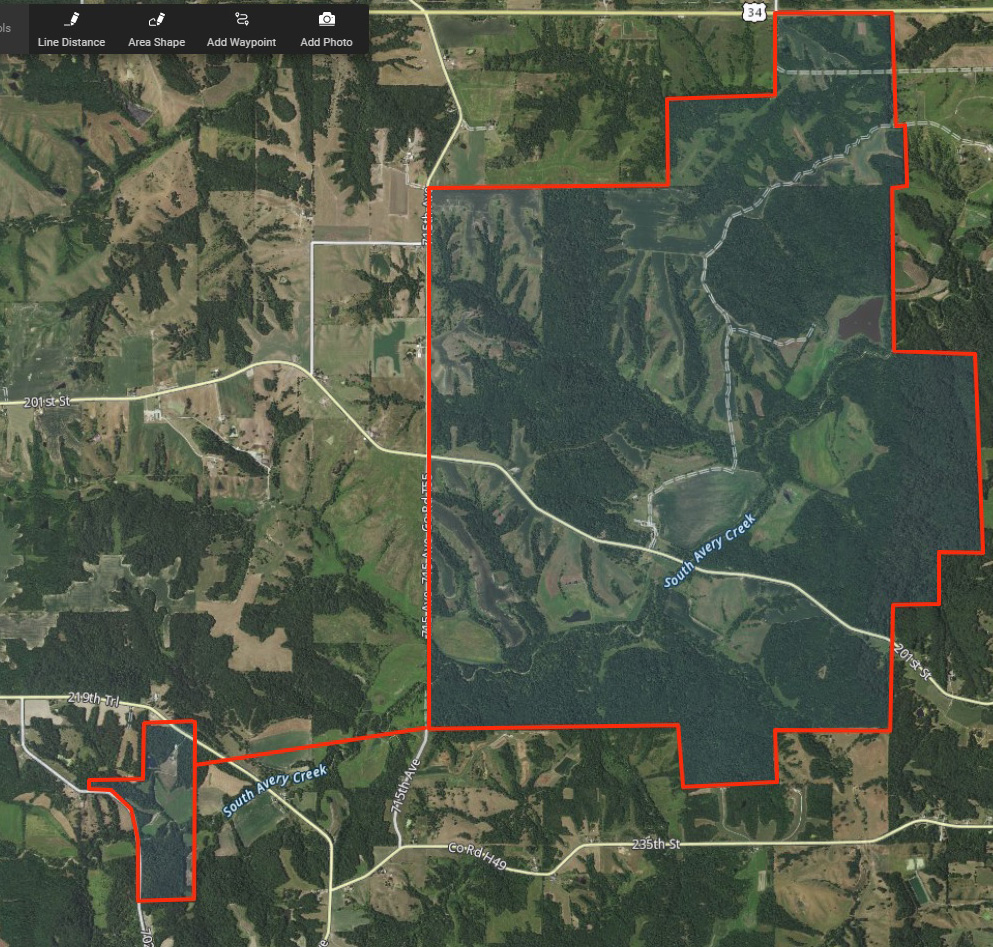 Shown to the bottom left is the 125-acre farm we bought after moving back to Iowa in 2002. This is where the house we lived in for the next 18 years was located.

I enjoyed hunting the partnership farm for the next 9 seasons. Just think what you can do with 3,600 acres in one block in Iowa!

Actually, we controlled 4,000 acres in one block because we also cash rented the farming and had hunting rights on the property to the east. That massive block was a whitetail wonderland. More about that later too.

But, despite the adventure of living on that place and doing all the management work, Pam, and I decided we wanted our own house.

It took us four years, from 1995 to 1999, to pay off the loan we took out to buy into the partnership, to buy the other half of the share and then to save enough to create an acceptable down payment on a house.

Pam was working at a local college, so we lived off her income and saved mine. In 1999, we moved away from my home state of Iowa and bought a house on a golf course in southern Michigan – near Pam’s family.

At this point, Pam stopped working so she could raise our two young kids. However, my income as an outdoor writer was increasing, so we could afford to live on one income and continue saving a little bit each month.

Scaling back your lifestyle so you can save money is a huge part of any long-term investment strategy, and especially so with land.

During the early spring of 2002 we decided it would make more sense to move back to Iowa so I could have good deer hunting out the backdoor and not have to travel as much given our young family.

Professionally, for a guy whose writing career revolved around whitetail hunting, that was a good move.

I continued to hunt the partnership and we were blessed to find a very nice house on 125 acres just a short distance from that property.  Larry Kendall, and his wife, owned the property and sold it to us for exactly what we had paid for the Michigan house.

This is where the first real challenge came along.

This is the view out the back windows of the house that we bought from the Kendalls in 2002. There were literally deer (and big ones) crossing our backyard. What a view!

The economy in southern Michigan was tanking at that time with some major shutdowns in the auto industry that affected all the small economies in that area.

Housing was dead, especially around that golf course.  Our Michigan house didn’t sell, we left it empty when we moved to Iowa. 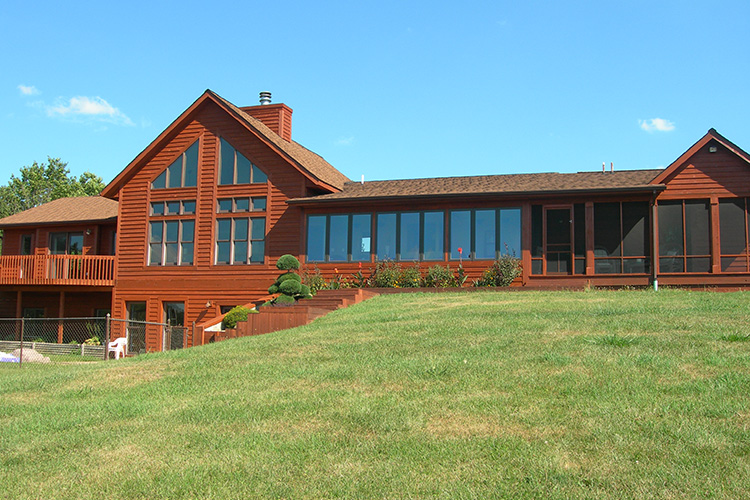 This is the back of the house shortly after we bought it in the early 2000s, lots of windows to appreciate an awesome view of whitetail wonderland.

No bank would loan us the money to buy the Iowa property because my income didn’t justify two similar sized loans.

Larry was good enough to agree to sell the Iowa house and 125 acres on a short-term contract, which would buy us enough time to get the Michigan house sold and then refinance the Kendall farm purchase with a bank loan.

We were stretched pretty thin at that time with two good-sized loan payments each month, but we now had what I called the dream home – a cedar A-frame with a gorgeous uninterrupted view and big deer living in the backyard.

It took more than a year to sell the Michigan house but once it sold, we refinanced the Kendall property with a bank loan and paid Larry off. This gave us a little room financially to start slowly saving money again, but that didn’t last long!

I really liked owning land outside of the partnership.  No one could tell me what I could or could not do on it and I took pride in the early management of those 125 acres.

Shortly after we got Larry paid off in late 2003, I asked one of the older farmers that bordered the 125 acres if he would be interested in selling.  The husband and wife spent their winters in the south and didn’t actively farm the land any longer, so I figured it was a decent fit. 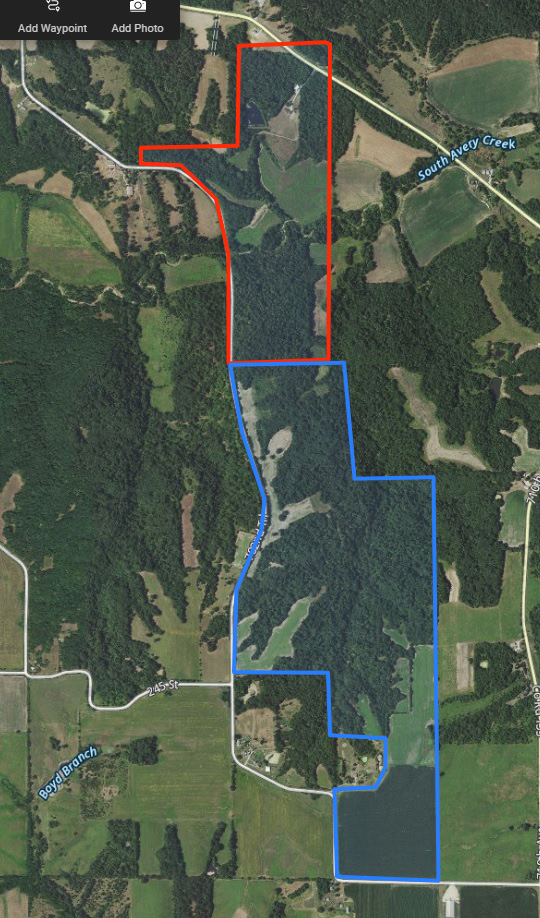 Here you see the approximate borders of the first two properties I bought. They add up up to roughly 400 acres and this became the starting point for an all-out sprint to create a dream whitetail farm.

Land prices were going up fast, so I didn’t want to wait around much longer. I made them an offer and they agreed to sell. We ended up at a price that was about 10% above the current market for that kind of land.  It was 275 acres, much of it being timber.

The purchase price didn’t represent a huge sum in today’s market (roughly $290,000), but our financial situation was still not good enough that a bank would take on this loan, plus I don’t think we had enough cash for the full 25% down payment that the banks wanted.

I approached a wealthy friend who was willing to finance the property. Jack was one of the other owners of the partnership, and as a deer hunter himself, he saw the land as a good investment.  Not saying he wanted me to default on the loan, but I don’t think he would have been too upset if I had.

But I didn’t default, and now I had the start of a very impressive whitetail farm!  Buying more land became the carrot hanging in front of the donkey; I was the donkey.

I kept grinding away on my writing business, adding photography in an effort to create additional income to support this land buying push. By now I was working nearly 80 hours per week.

People sometimes asked how I was able to keep acquiring land (and I was far from done at this point in the story) on an outdoor writer’s income.  I always asked them how much land they could buy if they had two full time jobs.

Fortunately for me and my family, my business was such that I could work from home (self-employed).  I could set my own hours.  Despite working a lot, I didn’t miss too much of the kids’ activities growing up.

But, with more land comes more debt. Those loans created stress.  But that stress served a purpose too.  It is hard to reach your potential without some stress.  So, on the upside those farm payments did force me to be productive because if I wasn’t, I would have to sell the land.

So, at this point in the story, 2004, the Winke Farm was roughly 400 acres and we still own the share in the partnership property which was about 1 mile away as the crow flies. 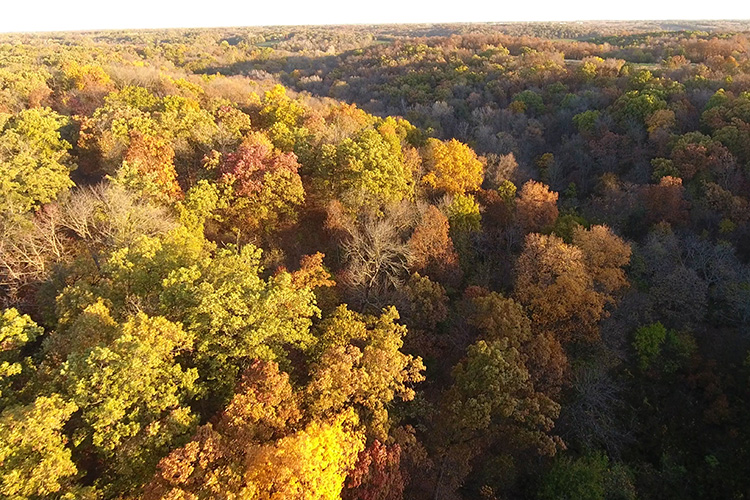 Property Two was comprised of a huge valley with fields scattered on the side, filled with beautiful oak timber.

I was constantly doubling down on the land bet.  We didn’t have any other savings.

We were all-in.  It was a good investment, but it was also more than that; it was my dream.

I am still a long way from the eventual 1,000 acres. There are many, many more side roads in this path. I don’t want to cut any of it out because I think the way this all came together is an amazing gift from God – making it inspiring and highly instructional for anyone trying to live out this dream.

I will break with Part One of the Winke Farm, but you can read Part Two here.